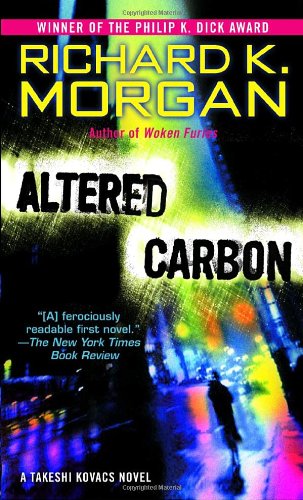 Altered Carbon is a 2002 hardboiled cyberpunk science fiction novel by Richard K. Morgan. Set some five hundred years in the future in a universe in which the United Nations Protectorate oversees a number of extrasolar planets settled by human beings, it features Takeshi Kovacs as a former U.N. elite soldier and a native of Harlan's World, a planet settled by a Japanese keiretsu with Eastern European labour.

A ten-episode TV adaptation by Netflix was announced in 2016. It will premiere on Netflix on February 2, 2018.